By reason of Svedbergs i Dalstorp AB (publ)’s (”Svedbergs”) largest shareholder Stena Adactum AB having submitted a public takeover bid for the remaining shares in the company in accordance with the Swedish Takeovers Act (2006:451) (Sw. lagen (2006:451) om offentliga uppköpserbjudanden på aktiemarknaden) (a so-called mandatory public offer) on 22 March 2022, the company has prepared a supplement to the prospectus regarding invitation to subscribe for shares in the company published on 16 February 2022.

The information in this press release does not contain or constitute an offer to acquire, subscribe or otherwise trade in shares, subscription rights or other securities in Svedbergs in any jurisdiction. Any invitation to the persons concerned to subscribe for shares in Svedbergs has only taken place through the prospectus published by Svedbergs on 16 February 2022 and through the supplement to the prospectus published by Svedbergs on 22 March 2022. 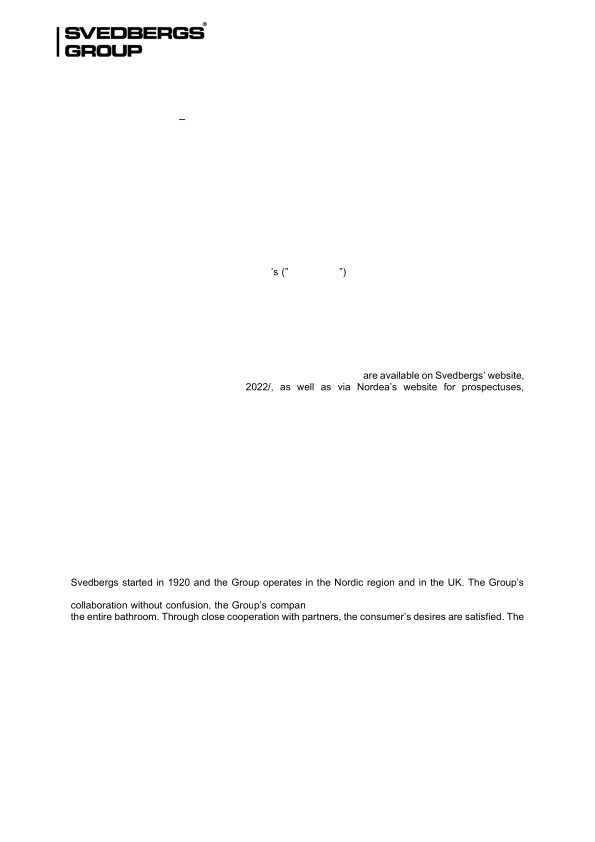