The prospectus relating to the rights issue in Svedbergs i Dalstorp AB (publ) (”Svedbergs”) of approximately SEK 494 million before issue costs, which was resolved by the Board of Directors of Svedbergs on 11 February 2022 based on the authorisation of the extraordinary general meeting on 27 December 2021, has today on 16 February 2022 been approved and registered by the Swedish Financial Supervisory Authority, and is available on Svedbergs’ website, www.svedbergsgroup.com/rights-issue-2022/, as well as via Nordea’s website for prospectuses, www.nordea.se/prospekt.

Application forms for subscription without subscription rights can be obtained from Svedbergs’ website and via Nordea’s website for prospectuses as from the first day of the subscription period (22 February 2022).

The information was submitted for publication, through the agency of the contact persons set out above, at 15:00 CET on 16 February 2022.

The information in this press release does not contain or constitute an offer to acquire, subscribe or otherwise trade in shares, subscription rights or other securities in Svedbergs in any jurisdiction. Any invitation to the persons concerned to subscribe for shares in Svedbergs will only be made through the prospectus that Svedbergs publishes today on 16 February 2022. 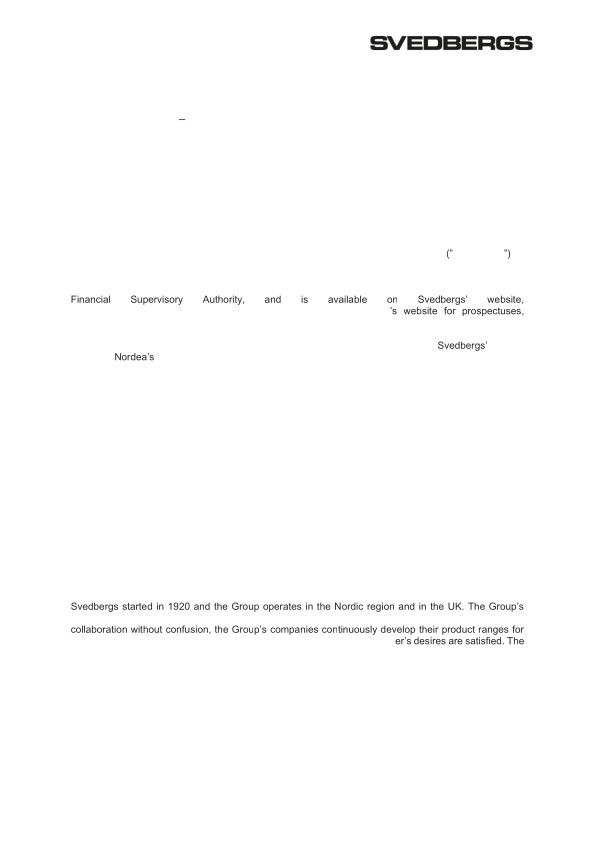